The leading Northwest-based restaurant company Ascend Hospitality Group (AHG) joins the downtown Tacoma culinary scene by bringing Stanford’s to the historic Waddell Building (1502 Pacific Ave.). The former location of the highly regarded Pacific Grill, Stanford’s strives to revive and honor the space, opening to the community and beyond on Thursday, December 2.

Stanford’s, a classic American steakhouse with 31-year-old ties to the Pacific Northwest, will provide Tacoma residents with its quintessential steakhouse favorites in an inviting and contemporary environment. The menu is focused on traditional ingredients with complex flavors, and features dishes such as Rock Salt Roasted Prime Rib and Grilled Baby Back Ribs as well as premium Angus beef cuts like Filet Mignon, New York Strip, and a 32-ounce Tomahawk Rib Eye. Expansive seafood and poultry options also fill out the bill of fare, while innovative cocktails, regional beers, and a locally focused wine list provide enhancements to the comprehensive menu. A brand-new happy hour menu for Stanford’s will also debut at the Tacoma location later this month.

“We wanted to offer Tacoma a polished-casual steakhouse feel without the fine-dining price tag,” said Elaina Morris, AHG president and CEO. “We have a longstanding relationship with the city of Tacoma, and we continue to be grateful for our guests who have already welcomed us with open arms and are excited for a steakhouse for everyone.”

For the restaurant space itself, Morris and team are excited to showcase how they refreshed the beautiful venue of wood and brick with a contemporary design that pays tribute to the original branding of Stanford’s. Throughout the space, the rough, exposed red brick complements the soft emerald velvet furniture and gold-accented furnishing that modernizes both the physical restaurant and the brand.

AHG has established roots in Tacoma and the South Sound, with a Famous Dave’s BBQ location in South Tacoma and a new location coming to Olympia in 2022. Morris, who has run and sold businesses in Pierce County prior to founding AHG, also has family ties to the area with her brother having been stationed at Joint Base Lewis-McChord.

“When it comes down to it, we love this city, area, and restaurant location in the historic Waddell Building. We want to offer something that pays respects and honors this space, as well as to the legacy brand that is Stanford’s,” Morris said. “We want to be the place where people come for happy hour, a weeknight dinner, and a celebration.”

Tomorrow’s grand opening will commence with a ribbon cutting by Tacoma Mayor Victoria Woodards at 11am, with lunch service starting at the same time. Stanford’s will be open Mondays through Thursdays, 11am to 9pm, Fridays 11am to 10pm, Saturdays 12pm to 10pm, and Sundays 12pm to 8pm. 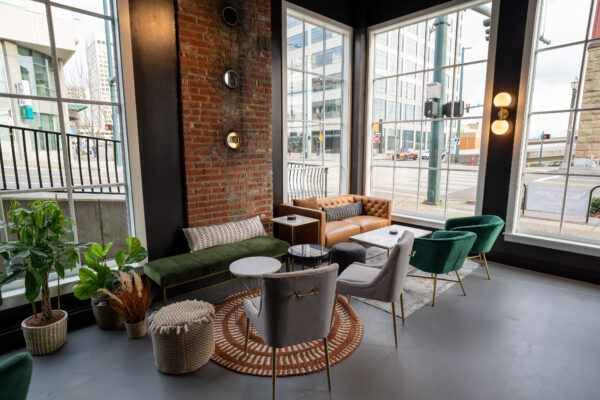